When I was in elementary school, music class was basically my everything. Some kids live for recess…I LIVED for music class.
We went through a few music teachers during my years in school (which, after a brief stint of thinking I wanted to be a music teacher myself and spending a very small amount of time in a classroom with a bunch of howling banshees…I mean, children…I can totally understand why). My favorite by far was an exotic (for late ’80’s rural Vermont, anyway) Latina woman named Maricel.
I’m not sure how old Maricel was when she was teaching us, but looking back on some of the songs she taught us, I have to figure she was probably fairly young. She taught us some traditional Spanish-language songs, but her main thing was pop music. For instance, for the spring concert circa 1989 or 1990, she had the 8th grade class learn and sing Billy Joel’s “We Didn’t Start the Fire”. I was a lowly 4th grader at that point and I was so impressed because geez, that song was like, EDGY. To a ten year old, anyway.

Maricel’s song selection for MY class that year was “Kokomo” by the Beach Boys. I was kind of obsessed with the Beach Boys at the time (mostly their older catalog – I was snob even back then), so “Kokomo” was right up my alley.

Or so I thought.

Part of the problem was that even as a young kid, I had a good ear for music. I could usually sing a melody back accurately after hearing it just once or twice. If you’ve ever heard “Kokomo”, you know it’s a very simple melody with a ton of repetition. So basically, I learned to sing “Kokomo” in one 45-minute class period.

Enter the second part of the problem: I was (and still am) very, VERY impatient. I didn’t understand why we had to keep beating the “Kokomo” horse after the third or fourth class because it was very clearly dead to me at that point. The horse, I mean. I are phrase good.

Anyway – you can probably guess how it went. Because we were performing the song at the big spring concert, it had to be PERFECT, so we rehearsed it SUPER EXTRA A LOT TIMES A MILLIONTY…and I got really fucking bored, really fucking quickly.

A bored Shelby is not generally a disruptive Shelby – I wasn’t the kid who would start singing a different song or take off running around the room or something. I’d just kind of slip off into la-la land and do my own thing inside my head until something more shiny and interesting came along. The thing about daydreaming though, is that you often absorb bits of what’s going on around you in real life even though you’re essentially off with the fairies. So the whole time I was standing there going through the motions in class while secretly planning out my unicorn ranch, my brain was still being subjected to the song “Kokomo” being repeated over and over…and over…

…and 25(ish) years later? I CANNOT FUCKING STAND THAT SONG. It annoys me to an irrational degree. All I have to hear is that first breathy phrase, “Aaaa-ruba, Jamaica…”, and I’m scrambling to switch the station. Gah, it made me twitch even just hearing it in my head when I typed it just then!

By the way, did I mention that my co-worker listens exclusively to the Margaritaville XM Radio station at work? EXCLUSIVELY. Not on headphones, either. Margaritaville refers, of course, to the Jimmy Buffett song of the same name, and the station’s playlist is comprised of similar beachy, laid-back, Caribbean-feeling tunes. 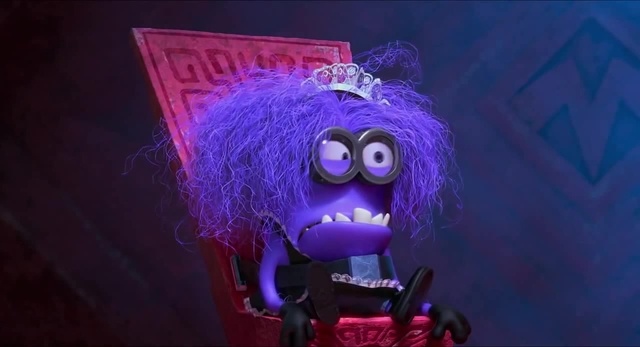