The bathroom door isn’t allowed to be closed in our home. Not because there’s anything wrong with the door that prevents it from closing. Not because either of us harbor some kind of potty fetish. No, the bathroom door actually gets shut every time one of us goes in there…but then Junior comes along and kicks it open.

Why? Because he doesn’t want it closed. Plain and simple. 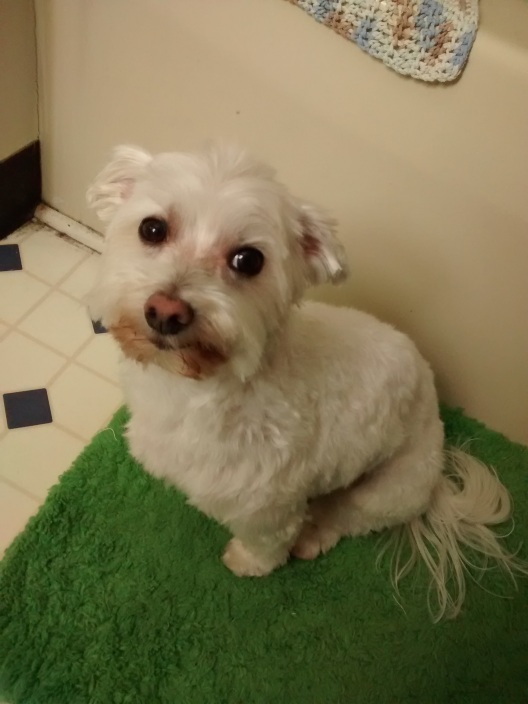 At first we thought it was a separation thing. Like, “aww, Junie missed me so he came running into the bathroom to see me”. Except, he usually doesn’t. He’ll just come up the stairs, cuff the bathroom door until it swings open, and then walk away. He’ll do it to guests with an equal measure of nonchalance. He gives no fucks who’s IN there. He just doesn’t want that door closed. 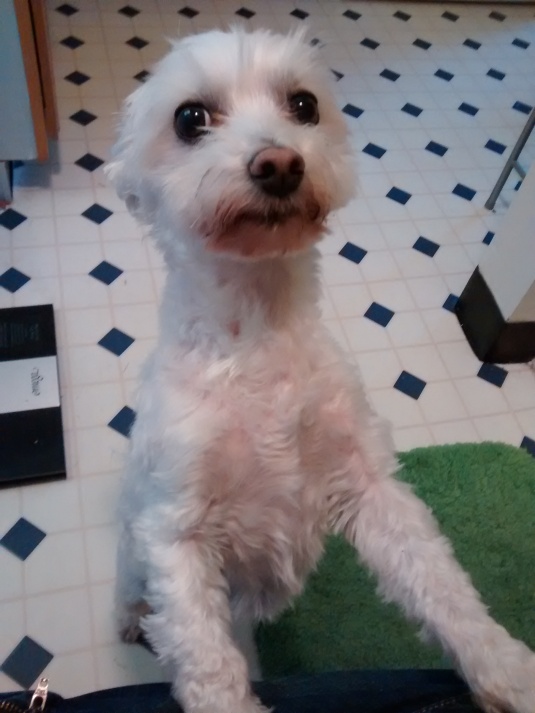 “HEY. HEY DO MY PARENTS KNOW YOU’RE IN HERE? DO YOU HAVE A PERMIT TO USE OUR TERLIT? I NEED TO SEE YOUR PAPERS RIGHT NOW MISTER.”

The bedroom door gets much the same treatment. If I go to bed earlier than Mark does, I’ll often shut the bedroom door like 90% so that I can’t see the light from the TV reflecting out in the hallway (it’s a small apartment and I’m a special snowflake when it comes to sleeping conditions). I always try to get Junior to come in and get on the bed while I’m changing into my pajamas or whatever, but he’ll often just mill around in the hallway or the spare bedroom looking offended. After a few minutes I give up, shutting the curtain and turning on the white noise machine, then crawling into bed. Just about the time my head hits the pillow, BAM. Junior cuffs the door and it swings open wide. He stands there in the doorway, a tiny white tyrant bathed in the somewhat eerie glow of the orange bulb in our bedside lamp, triumphant and unyielding. I can almost hear him declaring, Gandalf-like, “YOU. SHALL. NOT. CLOSE”.  Then I have to get back out of bed, go over to the door and try to find a balance between closing it enough that the light doesn’t bother me, but having it open enough to avoid further insult to His Royal Highness. While I’m doing this, by the way, that little fucker will sashay in, jump up on the bed and nest down in the covers I’ve thrown off while getting up. This in turn causes at least one round of tense blanket negotiations, several canine sighs that drip with disappointment, and the eventual Great Resettling, before I can shut the light off.

Closing the doors all the way (as in, until they latch) doesn’t do any good either, because when Junior can’t cuff a door open, he gets upset. “Let him fuss, he’ll eventually self-soothe and calm down”, you say, rolling your eyes. Oh no, dear reader. This dog does not self-soothe and calm down. THIS dog will whine, and when whining doesn’t work, he’ll bark. When barking at the problem door doesn’t work, he’ll go downstairs and start barking by the living room windows or the kitchen door, both of which are adjacent to close neighbors. He knows we’ll do just about anything to shut him up from barking where it’s going to bother the neighbors, so that’s his trump card, and he’s not afraid to play it. 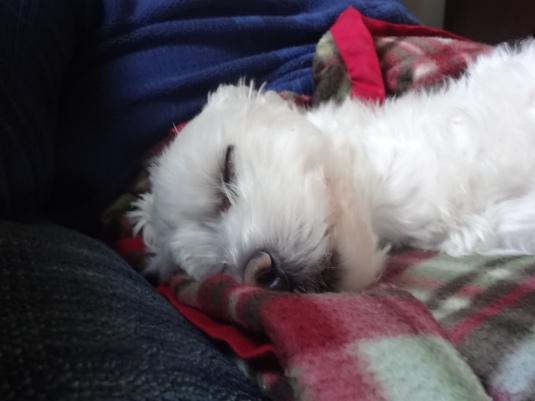 “She’s made of lies, everyone. I am a sweet tiny unicorn angel who does no wrong. Leave me now and let me rest. I must prepare for a long night of guarding my beloved parents from the terrors of the dark.”