To say my partner is a good guy would be a profound understatement. He is truly one of the kindest and most generous people I have ever met…and I’m not just saying that because I have to share a bathroom with him. For as long as I have known him, he has always made a point of giving to others. Whether it’s his time, his money, or even his most treasured belongings, he’s always happy to step up and help someone in need, and to do it with a smile. 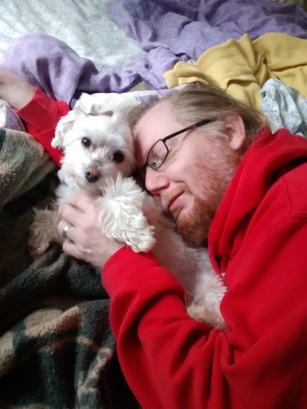 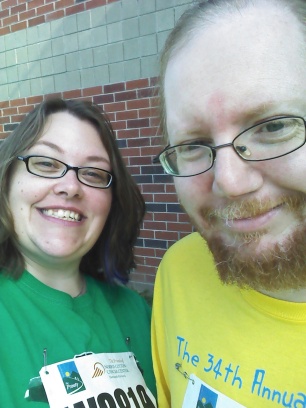 Mark’s most outstanding physical trademark has always been a very long ginger ponytail. He’s always been into heavy metal music and long hair tends to come with that territory. Plus, having a long ponytail was something polite society didn’t really want him to do in the time and place that he grew up, so maintaining it was always kind of an act of defiance for him, a little way of flipping off said polite society and all it stood for.

After 30+ years of maintaining the long hair, he’s now ready to give it up, all in the name of charity.  Because, like I said, he has a habit of taking being a good guy to a whole different level. 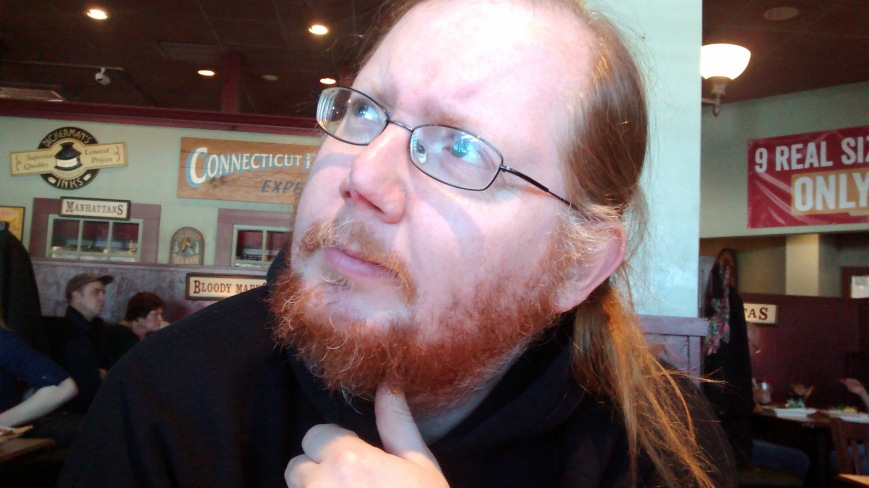 He was watching sports on the TV above us. I guarantee it.

The charity he’s choosing to support with this endeavor is the National Immigration Law Center. Unless you’ve been living under an actual rock for the past couple years (is there room under there for me? Seriously, I can bring snacks), you understand why NILC has become so important to so many people. Even so, I still encourage you to click the link above and read more about what they do and how they are helping some of the most vulnerable among us. They are a vital resource in these days of seemingly constant shifting interpretations of immigration law and, quite frankly, human rights.

I’m going to throw up the link for Mark’s GoFundMe campaign below, but I’d like to  point out here that NILC is a four star rated charity and has a direct funding agreement with GoFundMe, so any donations made to Mark’s campaign will go DIRECTLY to NILC, not to his or my bank account. I don’t want any ambiguity on this – we will not personally be benefiting financially from any donations made. Which, of course, is as it should be.

If you want to throw a few bucks at it, we’ll love you forever. If you don’t have any money spare but you want to share the link around to get more eyeballs on it, again…undying love. If you want to shut your browser window and forget you ever heard of the NILC, well…you do you. I don’t have the time or energy to be mad about it.

Thanks for your consideration!