I forgot to post yesterday.  I meant to do it when I got home last night but then I got waylaid cooking dinner and doing work baking.  Then, I sat down to watch TV with my husband and, as usual, picked up the nearest craft project to start working on. 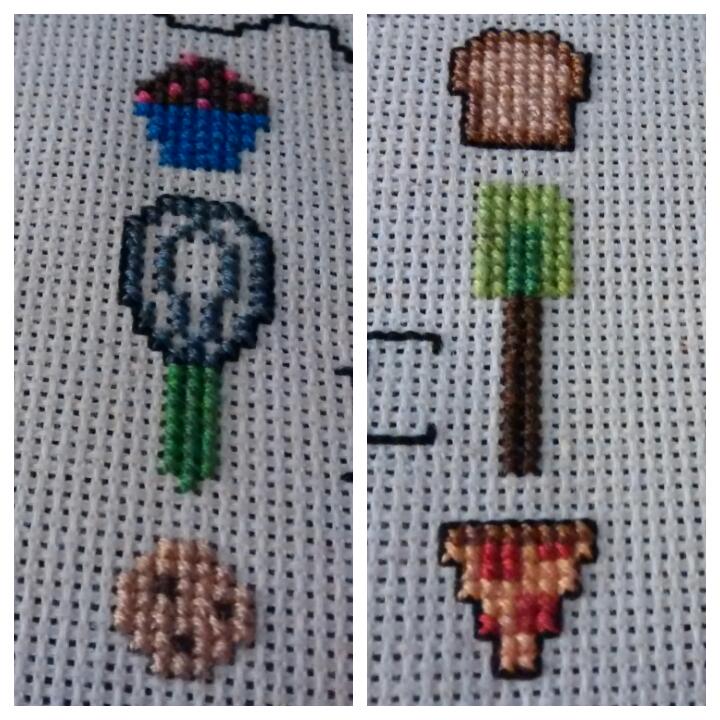 At that point, any chance of getting some writing done went straight down the drain.

Crafting, or as I like to call it, “making shit“, is something that I’m genetically predisposed to.  My dad’s always been a builder, making everything from birdhouses to, well…people houses!  My paternal grandmother was a talented knitter, quilter and seamstress, and even designed and sold dress patterns as a young woman in the early 1950’s.  Her mother before her also made braided rugs as well as knit, crocheted, sewed, and embroidered.  My great-grandmother’s specialty as a young woman was crocheted lace.  I have many examples of her very fine handiwork on the edging of finished embroidery projects like table runners and antimacassars, as well as some doilies and even a small fabric book full of swatches and motifs she did as she learned new patterns.

Making things is clearly in my blood – it’s something I can’t (and wouldn’t want to) fight – but it’s also something that helps keep me sane, a form of meditation for me.  When my ADD-and-anxiety-plagued imagination is bombarding me with a million bajillion completely unfeasible scenarios of how badly everything can go, knitting or stitching give me a way to step out of that crazy feedback loop for a while and just focus on one stitch at a time.  When I’m so, so sad or angry and I feel like I can’t do anything right, making little lines of stitches with a needle and thread or yarn shows me that actually, yes, I CAN do at least this one tiny thing right in this one moment.

Moments eventually build up to minutes, which pile up to hours, and suddenly I’ve made it through another day.

Many mental health problems are hereditary, just like other traits and predispositions.  I know my grandmother suffered from bouts of anxiety and depression throughout her life, though it was not something that was considered appropriate to talk about when she was elderly, let alone when she was my age.  I didn’t know my great-grandmother well enough to know whether she had similar issues as well. But, it does sometimes make me wonder if these women’s legacies of prolific crafting and fiber artistry may have stemmed not just from a need to express themselves creatively but also a need to self-soothe or to step out of their own mental feedback loops for a time like I do now.

2 thoughts on “on heredity, crafting and keeping (relatively) sane”